Lessons learned in the garden-Okra

Another lesson we learned this Summer is about okra.  Baked Okra is as good as fried okra! Ok so I didn’t learn this in the garden, but it is related to the garden right? I have a California cousin that asked me to send her some okra seed for her small backyard garden. She has fully embraced that okra is related to hibiscus flowers and has a beautiful okra plants blooming in her CA urban backyard. 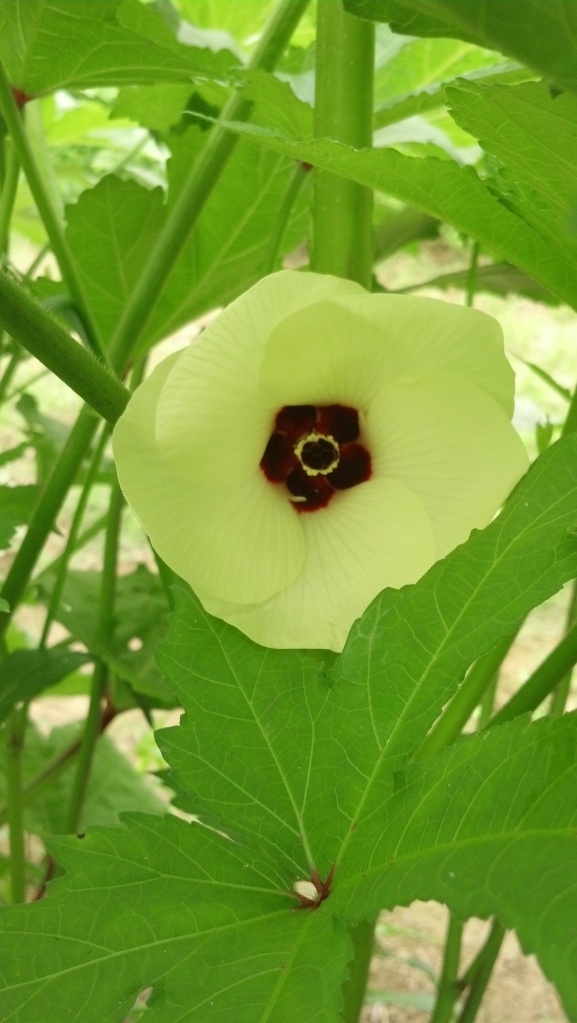 When she harvested her okra she cooked up a healthier version of fried okra. She milk and egg battered it and rolled it in panko crumbs and baked it. At first I was alarmed, what had she done to this southern classic, but her photo looked almost like southern fried okra. So this got me to thinking! Baking okra might work. So I of course had to consult the wisest cooks in the world, yes, I pulled up Pinterest! There were lots of baked okra recipes. There was only one problem with all these recipes, none of them used cornmeal. Okra must be breaded in cornmeal here in Arkansas. So I was forced to experiment! I was motivated by an unbelievable abundance of okra combined with a nightmarish back to school, football practice pick up and drop off schedule that left no time to be frying up all that okra! So I cut my freshly washed okra up and dredged it in seasoned cornmeal just like if I was going to fry it. 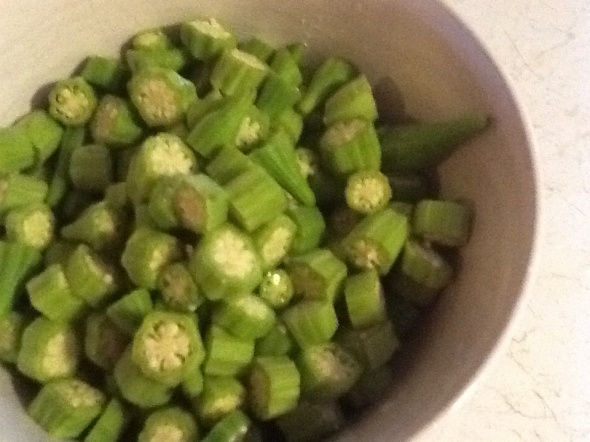 Instead of frying I laid it out in a single layer on my well oiled cookie sheet(About 3 tablespoons of cooking oil).  Fill the cookie sheet up with okra, it really shrinks up when cooked! 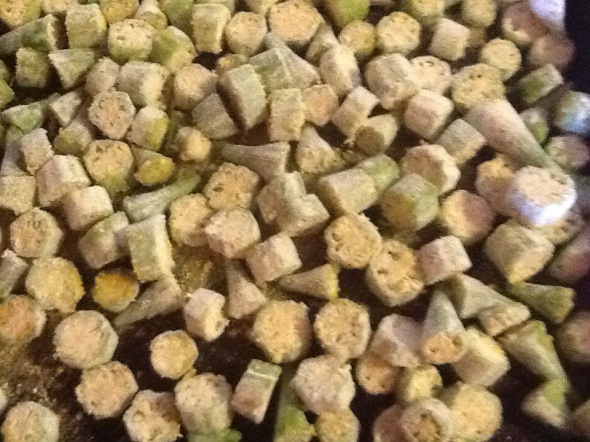 I popped it into a 350 degree oven, for about 45 minutes or until it begins to crisp. I stirred it a couple of times while it was cooking. I was amazed that it was baked! It tasted just like fried! 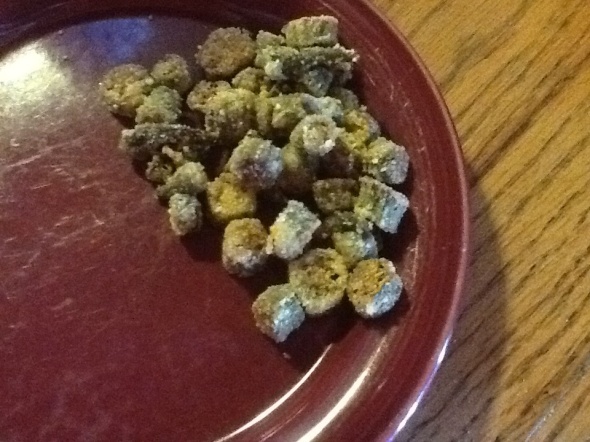 I even served it to the family and asked how they liked the baked okra? They didn’t know the difference! This is the only way we will be cooking it from now on! It is super yummy and much healthier than fried! Not to mention no slaving over a hot skillet for batch after batch! You should give baking okra a try! You won’t be disappointed!

The Garden Continues »
« Lessons Learned in the Garden -Ask the experts

One thought on “Lessons learned in the garden-Okra” 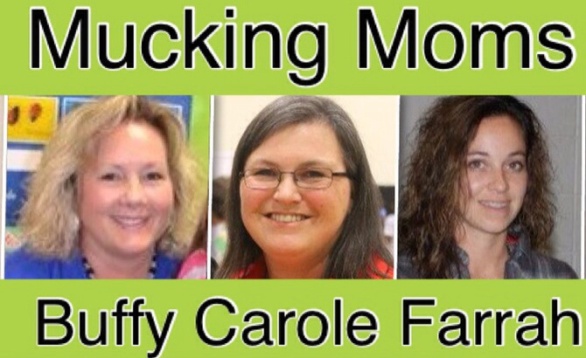